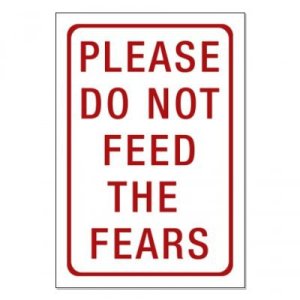 The unexpected knock at the door.
The crashing sound in the middle of the night.
The phone call from the man who make threats.
The car following every turn.
The internet stalkers that posts lies and put life and limb in jeopardy.
The websites that list address, photos and details which in turn invites vigilantes to vandalize, attack, beat and kill.

Every day people live in fear. Fear of being beaten, having their home, vehicles or other property vandalized; even to the point of fearing for their very lives. What country could this describe? What could be causing this kind of anguish? Is their reason to fear, real?

The country, the United States of America. The cause, The Sex Offender Registry and subsequent vigilante actions. Is there reason to fear? Yes!
Vandalism, and stalking are daily occurrences for former offenders, their spouses, family and friends. In one place or another, beatings occur several times a month and even murders happen far to often.
For those who are registered, their spouses, family and friends, the fear of vigilante attacks are a constant worry. A quick search of the internet will bring up such stories as: ‘Sex offender’s pizza shop vandalized’, ‘Two sex offenders shot dead in Clallam County’, ‘Sex Offenders murdered in Maine’, ‘Sex Offender murdered, body burned’, ‘Proposed House For Sex Offenders Vandalized’, ‘Parents of Convicted Sex Offender Had Their House Vandalized’, ‘Rosewood Drive Sex offender’s home vandalized, seven cars also spray-painted in large, white lettering’ ‘Registered Sex Offender beaten’, ‘Wife of Sex Offender killed in arson fire, registry to blame, murder charges pending.’ And on and on.
The original intent of the registry, ‘to protect children’ has failed. Several studies have brought this fact to the fore-front. However, the unintended consequences of the registry are all too real. The Registry is directly responsible for murder, vandalism and a whole slew of other hate crimes.
Registered offenders, their spouses, families and friend form a disadvantaged group that is unprotected by many of the laws shielding other citizens from vigilante attacks. True, the laws seem to be written in a way that they should protect these disenfranchised members of society, however, when an registrant calls and reports a crime such as vandalism, the response they receive from Law Enforcement is less than encouraging as sometimes the police won’t even bother to make out a report.
Escalation
Since 2003 there has been a sharp increase in the number of vigilante attacks of registrants.
An uniformed or apathetic public, media, and legislators are a major root of the problem. While vigilante elements fill the internet with misinformation and outright lies about registrants, the media continues to perpetuate misinformation and lies. Even in the face of reports that prove conclusively that former offenders are less likely to reoffend than other classes of criminals, the media, some political leaders and vigilante elements continue to promote skewed statistics and data.
At the same time, however, some government officials are coming to learn the hard truth, that they themselves were lied to. Some of these courageous people are setting aside strong personal feelings and prejudice and they are digging into the subject and finding something surprising. Not all sex offenders are the same and only a small percentage fall into the clinical category of being a true predator. Current registry laws, including the daftly constructed AWA, fail to properly identify with any accuracy those former offenders who pose a definitive risk to public safety. The cost of the registry is also escalating. Many locations are struggling with an ever increasing workload due to the estimated 8.5% annual expansion of the registry.
After doing research into the above facts and many others not mentioned, many who are in public office have come to realize that the registry was a bad, costly, ineffective idea. These officials will affirm that they feel that the public registry should be terminated, however they will say this only in private. The fear of reprisals from the public (votes) is too great for them to take a stand and do something that will, eventually, come to pass.
So the question becomes this, how long will the courts and the government allow the murder and terrorizing of United States Citizens (registrants), their spouses, family and their friends?
Is there a way for those in office to move towards deregistering American Citizens? Yes, It starts with two important elements; 1. Run Public Service Announcements which present easy to understand facts taken from government sponsored studies regarding; recidivism rates of registrants, the ineffectiveness of the registry and  the growing cost of the registry. This will expose the public to the facts and an informed public will come to the right conclusions, in time.  3. Criminalize vigilante activities against former offenders both online and in the real world. Give former offenders the same protections that gays, Blacks and Jews now enjoy. Add Sex Offenders to the list of hate crime protectees.
Only then will registrants, their spouses, families and friends find security in ‘the land of the free’.
—————————————————————————–
If you agree with this article, please take the time to copy send it to the legislators in your state or anyone else you see fit. We must demand equal protection under the law. If we don’t speak up, how can they ever hear us?

Help for You In NJ

All Correspondence is CONFIDENTIAL

Looking for a Speaker?

Why not have one of our unnoticed victims, the family members and/or loved ones of RFSOs, to speak at your organization's next get-together? We also love to speak at faith based meetings. Our founder does most of our speaking engagements and our main goal is to educate the audience on the real facts about sex offenders and issues facing New Jersey.